It’s so weird, but a craving for a peanut butter sandwich just hit me like a ton of bricks. I wasn’t even looking at food photos (like I usually am), and all of the sudden I just wanted to bite into the simple crust of the bread and taste the thick but smooth peanut butter on my tongue.

Does that ever happen to anyone else? Out of nowhere you know exactly what you want to eat?

It occurs off and on with. Once, just randomly, the idea of a cold glass of almond milk popped into my head. And another time all I wanted was a strawberry Nutri-Grain bar.

I think most would call that intuitive eating signals? Unfortunately for me I crave food that I can’t eat, so they often go unsatisfied. Why can’t I crave fish and zucchini? That would nice, thanks.

So, what do I do instead? I pin, I read, I create (recipes and blog posts). I take a bite of chicken or squash, hoping to squelch the peanut butter sandwich from my mind. Sometimes it works. Sometimes it doesn’t. But at the end of the day, I have a nice list of wonderful links from throughout the week.

Then come Fridays, I get to share them with all of you! 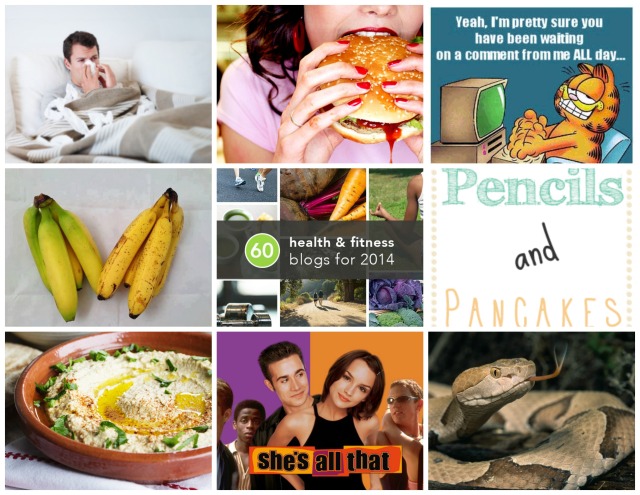 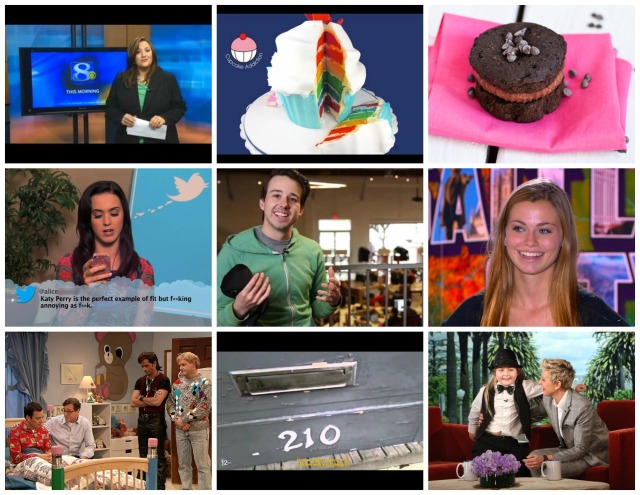 FOOD FOR THE BODY 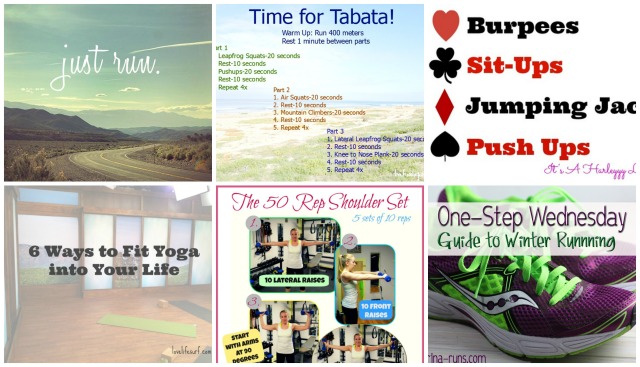 Now, I must get ready for bed as I am absolutely exhausted! This morning I volunteered to help with registration at a DECA event my college was sponsoring. I had to get up about an hour and a half earlier than usual and I can definitely tell. I just had zero energy throughout the entire day.

I am going to try my best to get a lot of rest this weekend, and you should do the same!

P.S. Don’t forget to join in on the Happy Herbivore giveaway before it ends Sunday night.

I had big plans for today’s post. I was going to pour out my heart and sole to you guys. Share my deepest darkest secrets.

Okay, not really, but I seriously did have plans for a greater ratio of words to links. However, my friend and I spent the last hour and a half looking at apartments online and e-mailing prospective landlords. Do you know how hard it is to find furnished, cat-friendly, two bedroom apartments?

Let me rephrase that. Do you know how hard it is to find furnished, cat-friendly, two bedroom apartments that don’t cost a lot AND don’t look like they haven’t been updated since the 60’s? Incredibly hard I’ll tell you.

We did manage to find a few that didn’t sound too bad and fit my roommate’s price constraints. To me the money isn’t that big of an issue since whatever we choose will be cheaper than staying in our dorm. Would you like to guess how much it costs per month to stay in a dorm at my college? $770. And that doesn’t even include a kitchen or a decent parking space! It makes the apartments that we’re looking at with $400 a month look like a steal. We’re aiming for in the high 200s to low 300s though per person, which while that seems difficult, is totally feasible.

But that’s probably more than you would have liked to hear about my “oh look I’m pretending to be an adult” rants about finding a cheap apartment. Shoot, most of you own HOUSES! My argument pales in comparison I’m sure.

So let’s move on to my Friday link-love of all of the posts/pictures/videos that I found interesting throughout the week. As per tradition I have divided them into four separate categories. MIND (posts to get you thinking!), BELLY (recipes to get you hungry), EYES (videos or pictures to make you laugh/cry/contemplate the meaning of your existence), and SOUL (articles that speak to the heart) . This week I have decided to add a fifth category: BODY, which, as the name hints at, will be a collection of exercise articles and workouts.

Paleo on a Budget — from Pencils and Pancakes

Is Butter Secretly Ruining Your Health? — from Food Babe

Nutrition in the NBA — from CBSports

The Disney Side of Life — from Running with Spoons 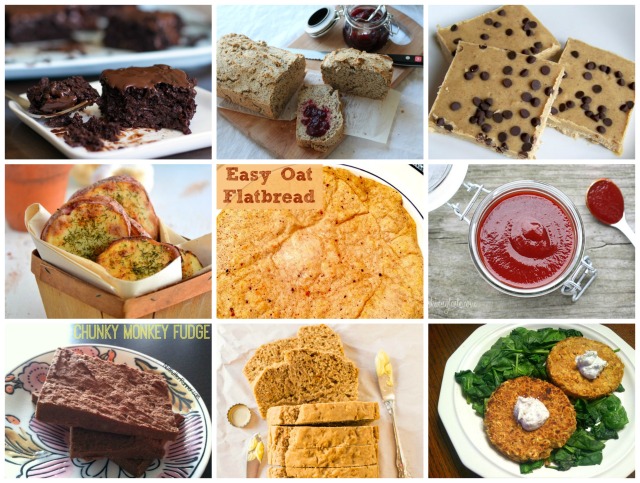 Chocolate Brownies that Blew Me Away — from Eat Drink Paleo

Nutty Bread — from Treats With a Twist

I Guess This Dog Just Likes to Party — from Facebook

Dancing in the Sky — from Dani and Lizzy

Right Before Dying From A Rare Lifelong Disease, Sam Revealed His Three Secrets To Happiness — from Upworthy

“The World’s Ugliest Girl” and Her Response — from Shockable

When Compliments Feel Like Lies, and What to Do About It — from Sensual Appeal Blog

Surround Yourself — from Purely Twins

When You Think You’re Falling, It’s Time to REFOCUS — from Cotter Crunch

Running and Food Allergies — from Mile-Posts

It’s Not Easy for Everyone — from The Lean Green Bean

It’s Not All Rainbows and Smiles — from Anna the Apple

FOOD FOR THE BODY

What Does “Fit” Mean to You? — The Healthy Maven

Hips, Butt and Thighs — from Blogilates

Core on Fire Workout — from The Fitnessista

Yoga for Detox and Digestion — from Sarah Beth Yoga

Weight, Wait, Weight Again — from Back on Pointe

5 Tips for Starting an Exercise Program — from Carla “MizFit”

You can check out my first two “Food For the…” posts here and here!

Tell me… What is your weekly Food for the… Mind, Belly, Eyes, and Soul?

It’s been awhile since I have done a link love post so here ya go: 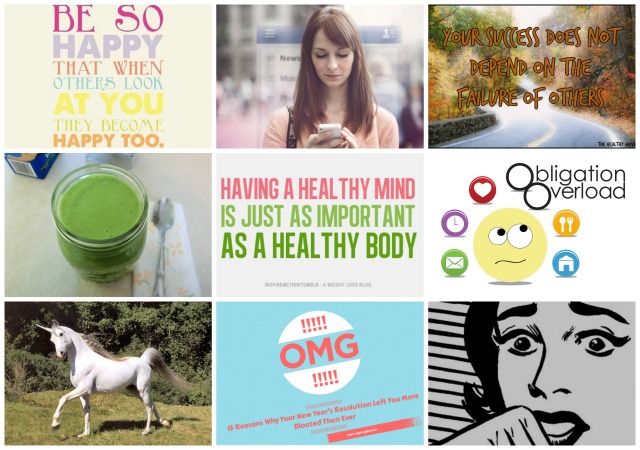 Complaining is Not a Conversation — from Happy Herbivore

Cleaning Up the Blog Reader — from The Big Man’s World

Why Does the Bible Mention Unicorns? — from Creation Today

Paleo Chocolate, and Coconut Banana Cake — from Flake and Cake 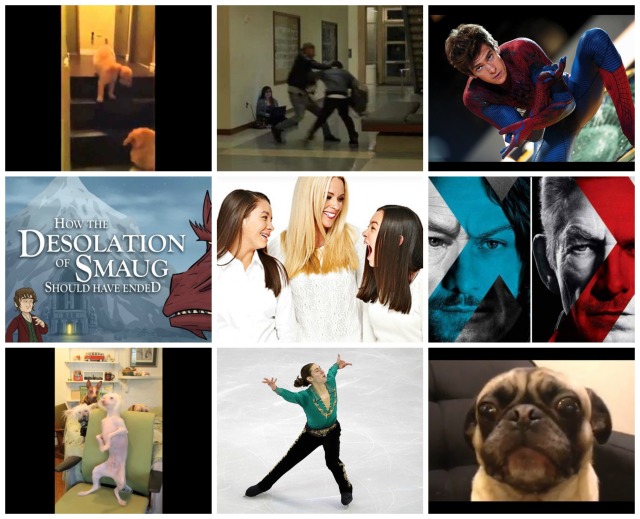 Gosselin Twins All Grown Up — from OK Magazine

Comparison is the Thief of Joy — from Mile Posts

What’s Under Your Nose — from Peace, Love and Oats

The Star Fish Story — from Eat Great, Be Great

You can check out my first “Food For the…” post here!

Have a great weekend everyone!

What are you thoughts on some of these articles? Some are just for fun, but a lot this week are kind of deep. They left me with a lot to think about, both good and bad.

What are your plans for the weekend?

I was very tempted not to post today but since Wednesday was the only day that I blogged so far this week I decided I had better put something up. Also, I kind of already had this all planned out ahead of time (I love when that happens!) so it wouldn’t take as long as usual. For the past week I’ve been carrying around a notebook with me and when I get the rare free moment before class I’ll jot down some blog posts ideas or notes. For Wednesday’s I actually had the entire intro written out by hand before typing it up. I would really recommend this for those, like me, who get spurts of inspiration on the go, promise yourself that you won’t forget your aha moment, and then when it comes down to finally write… nothing but blank space and musical crickets in that noggin of yours up there.

Before I get into all of the articles, links, pictures, etc. that I want to share, I suppose that I should probably explain briefly why I didn’t want to post today. Quite simply I just don’t feel well. Even though I haven’t mentioned it for awhile, my stomach and allergies are still battling with me full-force. Not a day goes by where I can go without stomach pain (or a number of other problems), not want to scream over my boring bowl of vegetables and meat, or feel like things will never get better.

I’ve been thinking lately about what I would do if we really did undergo a zombie apocalypse like so many have been gunning for. Most likely my companions would abandon me after a day or two of not being able to keep up. My reasoning behind this statement is  that my body would be rejecting the canned/boxed foods that I would be forced to eat and I would be no help.

“Give me the box of funfetti cake mix, a bottle of water and a fork, and let me die in blissful stomach-wrenching indulgence!”

You see, I had to be practical here. When I eat “normal” food I am literally incapacitated to the point where I cannot function at even 50% so the most likely scenario is that those who I was trying to escape the grips of zombies with would have to leave me so that they had a chance of survival. But if I had to die, I would want to at least die eating cake batter with a fork straight from the box.

We’ve got to think of all of the possibilities here folks. I would also take a jar of nut butter if deemed necessary.

And with those images left fresh in your brain, I’m moving onto some of the recent things that I’ve found interesting on the web:

Whose Responsibility is It? — from Long Drive Journey

The Air Diet — from Healthy Helper

Looks Can Be Deceiving — also from Healthy Helper

This is Not a Joke — from Picky Runner

The Comparison Trap with Blogging — from The Big Man’s World

Keep Calm… and Rest — from Running with Spoons

Journaling: Yes or No? — from Jessie Loves to Run

Here’s the Deal — from Gluten-Free Girl 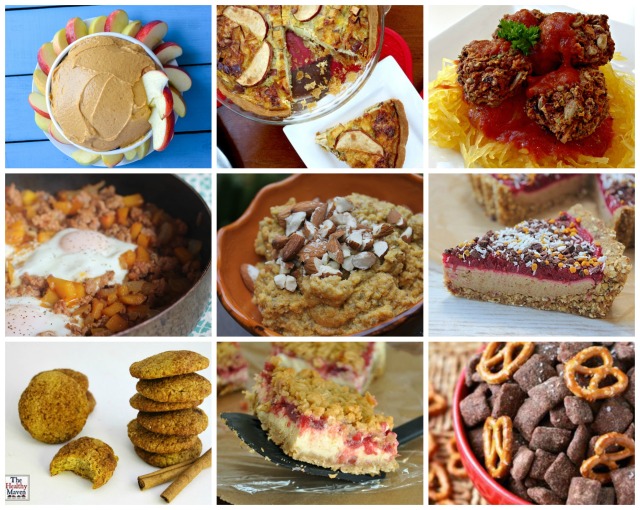 Pumpkin Snickerdoodles — from The Healthy Maven

What’s New on Netflix this Month — from Vulture

Ironman Finisher (and amazing recap) — from Meals and Miles

What are you thoughts on some of these articles? A couple of them are pretty thought-provoking and controversial. I have mixed feelings on a few and would love to hear your input!

What food would you want to be left behind with in the event of a zombie apocalypse? (Yep… if you skipped the first part of this post you missed a doozy!)